Now, the single thing in the world I do like planning is meals/food for backpacking trips. It’s a true test of being ultralight. But of course, the Te Araroa does not lend itself to any meal planning–it is best to simply resupply in towns than to bounce yourself food or try to carry 5 months worth of food…

Getting past the fact that I don’t like planning, you might wonder what kind of planning actually goes into a five-month walk through a foreign country’s wilderness.

There are several major categories of planning:

And every category was highly stressful and completely unpleasant. 😥 😛

Actually, I liked planning to leave my other life. It was very intimidating; but after I took the initial plunge, it was quite nice.

This was my domain. Georges was not particularly open to being ultralight, so convincing him he cannot take a 40+ pound pack took a substantial amount of effort. He caved eventually, but still lacks some of the finer desires to be ultralight (as reflected in his gear and pack weight). I still love him.

Planning gear is (stressful) fun and involves research and shopping. We put a lot of stock in other people’s blogs but allowed me to scour the internet for the absolute lightest gear. We didn’t buy all new gear. I owned most of my gear, but G had to convert to ultralight. That being said, I bought new clothing where G chose to stick to his trusted pieces.

In the end, we are still making changes two weeks before Day 0. Gear is expensive and weight can make a big difference. Plus, New Zealand is an unknown climate to us. Perseverance and constant reconsideration were the golden traits here.

This was Georges’ responsibility. I could not handle the immense amount of work required to determine and create the maps for our hike while working the job I had in the previous months. G handled the responsibility like a meticulous champion. In the end we have beautiful (and hopefully helpful) maps to guide our every step. We also have the maps we need on the GPS, the locations of every hut, campsite, Poste Restante, food drop, and stream we will need.

Georges used a pre-made set of maps and then manipulated the PDFs to make sure every map was completely usable while also having trail notes and tips included.

This was by far the worse part of planning. Planning a schedule is necessary so we can tell people joining us where and when to join us, but you try planning your every step, sleeping spot, resupply location, need for a hot shower and rest day for five months on a 3,000 km hike. It’s an overwhelmingly huge undertaking.

Georges and I shared this task. Georges started it by making a (very impressive) spreadsheet with data compiled from trail notes and his trusted Frenchman’s blog and YouTube page. Georges’ spreadsheet included Track (specific trails or areas of hiking), Day (from day 0 to day 1xx), Distance (how many km that track is), Duration (that track measured in predicted time (hours or sometimes days)), Km (from km 0 to km 3,000), Location (specific cities, areas, forests, huts), Resupply For (the number of days we would resupply for at that location), Maps (which map number this section was on), and Extra (odd notes).

I added to this sheet, Month Marker (with calendar dates), Day (with day of the week), and Bounce Box (whether or not it is a bounce box location option).

Georges made and remade and remade his prediction of the schedule; compiling and adding information at each stage. When I was able to participate (slash, when I quit my job and moved to Luxembourg), I added even more layers of analysis. I went through with the final end goal of telling our friends and family, who would be joining us, for which dates they should buy plane tickets.

First, we identified exactly which bounce box locations we would be using. More than just access to spare toothpaste, our bounce box will include my medications–I will not at any time be carrying all my meds–and so these intervals were critical to build our schedule around.

Next, I added a more subtle analysis of things like how many relative kms are hiked a day for how many days. I broke some of G’s sections in light of better potential camp location, considering water sources or campsite reviews. I added rest days (like Christmas…) and hostel locations.

In the end, we still haven’t finished. G and I are strong hikers, so the sky’s the limit in terms of us getting where we need to be by a certain time. The challenge is getting people’s schedules to cooperate with other people’s schedules.

I think if no one was joining us, G and I would probably land in Auckland and backpack for five months–no schedule, all adventure. But, we would probably get lonely (and I know I would certainly feel selfish for not sharing this opportunity with others). So on we schedule……

This part wasn’t too bad, if taken in waves. Learning about New Zealand, for example, wasn’t all that rough. Turns out Kiwis are the most friendly people on the planet, the most dangerous animals are bees (and only if you are allergic) and there are no skin-irritating plants. There are two poisonous spiders which are hard to find and very shy; no poisons snakes or reptiles. There are sometimes sharks and Man of War jellyfish…but we won’t be swimming any sections in the ocean.

Looking up the weather was important for our gear choices (and rechoices). Georges took one of our free maps of New Zealand and wrote the high and low average temperatures for each major city in Fahrenheit and Celsius–weather looks good, mid 50s to mid 70’s (Fahrenheit).

Lastly, Georges used a Wiki to find the Poste Restante locations on the Te Araroa (which I unnecessarily confirmed, just to be sure), and also to find the necessary food drops.

This part of planning came in the very beginning. It was a process or reading and rereading information. Adding to the complexity of our being in a foreign country for five months, is the fact that I’m an American citizen and Georges is a Luxembourgish citizen–so a lot of our research had to be independently carried out. I think I would have felt a little bit better mailing my passport off to a company if it had the companionship of another passport and visa application in the envelope.

The Visa: The Te Araroa takes just over the allotted time Americans and EU citizens can spend in NZ without a visa, so G and I both had to apply for a visitor visa. This included the application plus proof of financial security, means to leave the country and a statement of good moral character. We both mailed our passports off (G to London, me to D.C.), and we both got them back with visitor visas applied. 🙂

In terms of finances, we built our financial speculations based on Liz and Joe’s blog plus inflation and converted to USD and Euro rather than NZD. Georges is getting NZD cash when we next go to Germany (the Luxembourgish bank said they couldn’t get NZD), and we will be carrying a debit card and a credit card between us.

We also applied for YHA membership (mine also includes an International Youth membership) and to be declared low-carbon travellers. These both give us discounts at hostels throughout New Zealand.

My health insurance (graciously provided by my mommy and President Obama) covers me in-full anywhere in the world, so I did not need to get any additional health insurance. Georges, on the other hand, is not so lucky. After much research, he chose to get traveler’s insurance through Globality Health out of Luxembourg ($$).

When we are in New Zealand, we will also get hut passes and permits for Queen Charlotte Track.

Leaving Your Other Life

The trek was Georges’ dream plan of what to do when he finished his PhD and before he started his career. For him, he was at a natural breaking point in his job, housing and life plan. He terminated his contract with the university in September and ended his lease for the same time. He sold most of his furniture to the couple who moved into his apartment. What remained was taken by his mother and sister or thrown away. All of his belongings are at his parent’s house or their weekend house, and his car will be kept at their weekend house.

I began a career job February 2015 and had a lease which ended at the end of June. I gave notice at my job, put all my belongings in storage, and lived with a friend for two months until I was finished working. I came to Germany/Luxembourg until G and I set out for the trail. I do not have any intention of returning to Missouri after New Zealand other than to move my belongings. Though it was definitely a forced break in my life, I did not want to stay in Missouri; so it was only a matter of the right opportunity before I left. The hardest part of getting away for these months, was leaving my dog, Jane. I am very fortunate to have someone who is willing to foster Jane until I return (but it still feels like the worst kind of heartbreak). 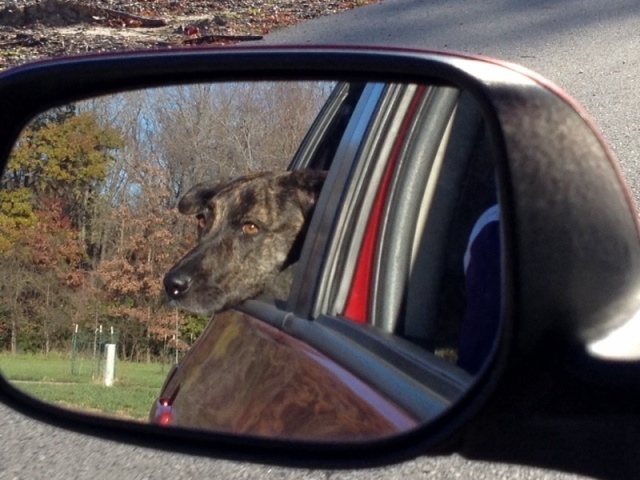 An additional stressor is what G and I will do and where we will be when we finish the hike. We will be attending a wedding in the states mid-March, and so know our plans and location until at least then. After that……who knows!!! (not me because that is beyond the scope I’ve been told to plan for) 🙂

One thought on “The Planning”